Monsters of the Deep 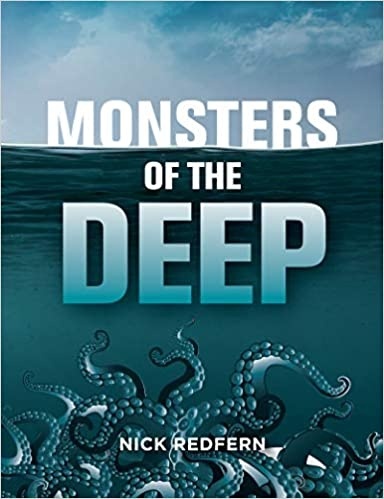 Monsters of the Deep

A deep dive into the undersea netherworld of sea serpents, lake monsters, surviving dinosaurs, genetically altered mutants, and legendary aquatic creatures.
Water takes up 70 percent of Earths surface, with countless lakes, rivers, ponds, streams, seas and oceans covering much of the land, but what lurks beneath the water? For centuries, sightings have been made of huge, marauding monsters swimming the worlds oceans and lakes. They include Scotlands legendary Loch Ness Monster; the United States equivalent, Champ, of Lake Champlain; and Canadas long-necked denizen of the deep known as Ogopogo. These, and many more, famous monsters of the world below us also include giant squid, massive octopi, and even the fabled Kraken and the fabled mermaids of millennia long-gone. Possibly, too, there survive populations of marine reptiles that were assumed to have gone extinct millions of years ago, in the Jurassic period, such as the plesiosaur.

Whether scaly or slithery, massive prehistoric dinosaurs or mutant serpents, Monsters of the Deep catalogs nearly 100 accounts of eels, alligators, reptiles, giant squids, snakes, worms, deadly fish, and cold-blooded creatures of all manner and ilk. It reveals the astonishing extent to which lake monsters and sea serpents have surfaced throughout history to terrify, perplex, and amaze those who have crossed paths with these monsters of the unknown.

Master storyteller, established author, and respected expert on the unexplained and paranormal Nick Redfern sifts through the historical record, first-person accounts, and unearthed government files on lake monsters and sea serpents to tell of encounters with a variety of beasts, including ...

Cheever Felchs 19th-century account of the massive Gloucester, New England, Sea Serpent
The brontosaurus-like Mokele-Mbembe of the Congo
The supernatural Bunyip, a monster that lurks within the creeks, lagoons, and swamps of Australia that has been known to the Aboriginal people for centuries
The disputed claims of Teddy May, former Commissioner of Sewers in New York, of alligators roaming the sewers of the city
The monster-sized fish in the River Nene, in the Fens, Cambridgeshire, England
Modern mutants genetically altered by pollution
And many more!
This richly researched reference overflows with fascinating information to make you think about-and reconsider-dipping your toes into water. With more than 120 photos and graphics, this tome is nicely illustrated. Monsters of the Deep also includes a helpful bibliography and an extensive index, adding to its usefulness.