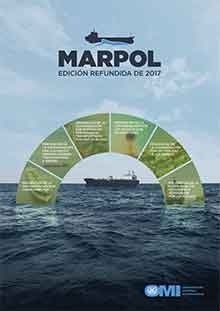 This IMO digital publication (e-reader) is in EBK format for use on a single computer/laptop with our Windows-based e-reader software, "The IMO Bookshelf". If your customer does not already have this software installed on their computer, it can be downloaded, free of charge here: www.imo.org/en/Publications/Pages/Bookshelf.aspx

Once you have purchased this title, go to 'My Transactions'. By following the relevant link, you will then be transferred to our Virtual Publications site where you can assign this title to your customer.

NB: Your customer may print 10% of the text (approx. a chapter) at a time from a single title with a maximum of 75 pages per day across all titles (not pdf).

The International Convention for the Prevention of Pollution from Ships, 1973 (MARPOL Convention), is concerned with preserving the marine environment through the prevention of pollution by oil and other harmful substances and the minimization of accidental discharge of such substances. Its technical content is laid out in six Annexes, the first five of which were adopted by the 1973 Convention, as modified by a 1978 Protocol. These Annexes cover pollution of the sea by oil, by noxious liquid substances in bulk, by harmful substances in packaged form, by sewage from ships, and by garbage from ships. Annex VI was adopted by a further Protocol in 1997 and covers air pollution from ships.

The 2017 consolidated edition aims to provide an easy and comprehensive reference to the up-to-date provisions and Unified Interpretations of the Articles, Protocols and Annexes of the MARPOL Convention, including the incorporation of all the amendments that have been adopted by the Marine Environment Protection Committee (MEPC).