Marine pollution "what everyone needs to know" 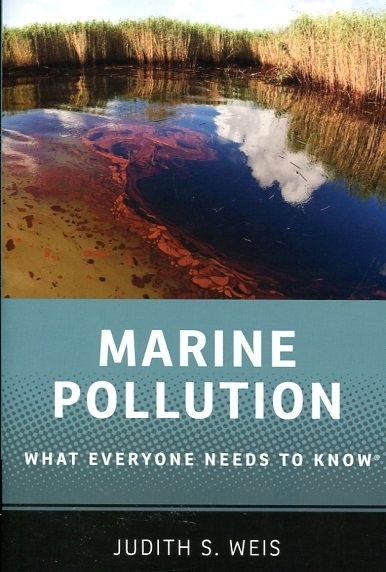 Marine pollution "what everyone needs to know"

Marine pollution occurs today in varied forms-chemical, industrial, and agricultural-and the sources of pollution are endless. In recent history, we've seen oil spills, untreated sewage, eutrophication, invasive species, heavy metals, acidification, radioactive substances, marine litter, and overfishing, among other significant problems. Though marine pollution has long been a topic of concern, it has very recently exploded in environmental, economic, and political debate circles; scientists and non-scientists alike continue to be shocked and dismayed at the sheer diversity of water pollutants and the many ways they can come to harm our environment and our bodies. In Marine Pollution: What Everyone Needs to Know, Judith Weis covers marine pollution from many different angles, each fascinating in its own right. Beginning with its sources and history, the book describes in detail each common pollutant, why exactly it is harmful, why it may draw controversy, and how we can prevent it from destroying our aquatic ecosystems. Weis discusses topics like what actually happened with the Exxon Valdez, and why Harmful Algal Blooms are a serious concern. Later chapters will discuss pollutants that are only now surfacing as major threats, such as pharmaceuticals, personal care products, and metal nanoparticles, and explain how these can begin in the water and progress up the food chain and emerge in human bodies. The book's final section will discuss the effects of climate change and acidification on marine pollution levels, and how we can reduce pollution at the local and global levels.