Life Aboard a Wartime Liberty Ship 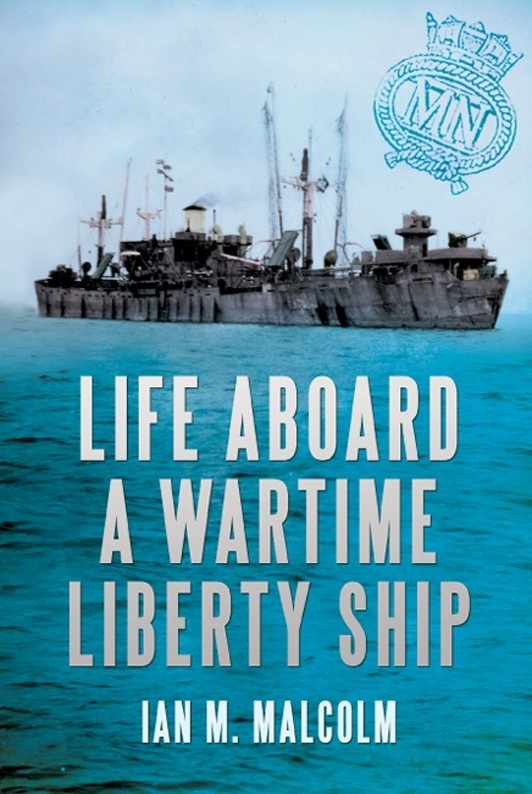 Life Aboard a Wartime Liberty Ship

During the Second World War, when Britains very survival depended on her Merchant Navy, ships were being sunk faster than they could be replaced. The mass production of the Liberty Ship, on the assembly-line method in the USA, solved the problem: Britain received 200 of them under the Lend-Lease agreement. From 1943 until 1951, Ian Malcolm was a radio officer/purser with Alfred Holt & Co., owners of the Blue Funnel Line and the Glen Line. His voyages on the Liberty Ships Samite and Samforth, described in this book, were made during wartime, after which he spent a year on the Samnesse, trading mainly between Italy and East Africa. Subsequent voyages were made to the Continent, Far East, Australia and Indonesia. Dealing mainly with life on board his ships and how he spent the sometimes prolonged spells in port, Ian begins his story with his entrance into the Merchant Navy as a radio officer and continues with his crossing to Canada on the Queen Elizabeth to join the Samite in Baltimore. During the Samites fifteen month voyage, she called at various ports in the USA and North Africa while Ians next ship, the Samforth, on her ten-month voyage, visited Canada, the USA, Egypt, Arabia, India, Mozambique, Uruguay, Argentina, Brazil, Norway and Finland. Life Aboard a Wartime Liberty Ship is an engaging memoir of a young mans maritime adventures, the people he met, the countries he saw, and the intoxicating thrill of life at sea.