John and Sebastian Cabot "The Discovery of North America" 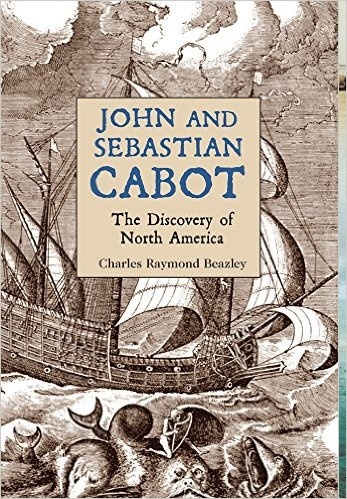 John and Sebastian Cabot "The Discovery of North America"

A Classic in the History of Exploration, a Judicious Account of the Role of the Cabots in the Discovery of the New World
John Cabot, Giovanni Caboto in his native Italian, led an expedition to the New World in 1497 on behalf of King Henry VII of England. He is considered the first European to explore North America since the Viking voyages five hundred years earlier. Although Cabots exact landfall on his first voyage is not knownit could have been Nova Scotia, Newfoundland, or even Mainehis claim for England to this territory countered the Spanish and Portuguese explorations to the south, and changed world history. Cabot made three roundtrips between Bristol, England, and North America, and later, his son Sebastian, made two similar voyages. John and Sebastian Cabot: The Discovery of North America by historian Sir Charles Raymond Beazley was first published in 1898. Its enduring value in addition to its lucid, well-balanced and researched narrative is the authors detailed history of prior voyages to the North American continent, including those from China and the Pacific Islands as well as those from the realms of mythology. The author also includes all extant references to the Cabots in historical documents.