Iron Dawn "The Monitor, the Merrimack and the Sea Battle that Changed Histo" 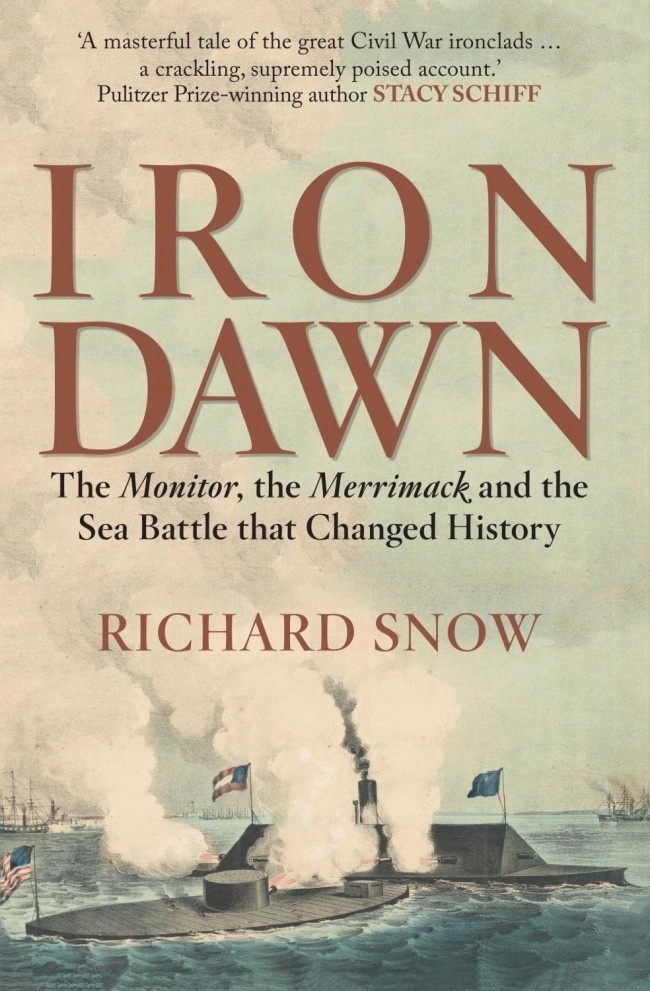 Iron Dawn "The Monitor, the Merrimack and the Sea Battle that Changed Histo"

No single sea battle has had more immediate and far-reaching consequences than the one fought in Hampton Roads, Virginia in early March 1862. The Confederacy, with no fleet of its own, took a radical step to combat the Union blockade, building on the hull of a captured Union frigate named the Merrimack an iron fort containing ten heavy guns. The North got word of the project when it was already well along, and, in panicked desperation, commissioned an eccentric inventor named John Ericsson to build the Monitor, an entirely revolutionary iron warship, and at the time the single most complicated machine ever made. Rushed through to completion in just 100 days, it mounted only two guns, but they were housed in a shot-proof revolving turret. The ship hurried south from Brooklyn  nearly sinking twice on the voyage  only to arrive to find the Merrimack had come out that morning and sunk half the Union fleet, and would be back to finish the job the next day. When she returned, the Monitor was there. She fought the Merrimack to a standstill, and, many believe, saved the Union cause. As soon as word of the fight spread, Great Britain  the foremost sea power of the day  ceased work on all her wooden ships. As well as providing a pivotal victory in the Civil War, a thousand-year-old tradition had ended. The path to the naval future opened  a new future of industrial warfare, with iron colossi taking to the waves. The Monitor and the Merrimack were early models of the carriers and mega-ships that extend military might over the high seas to this day.