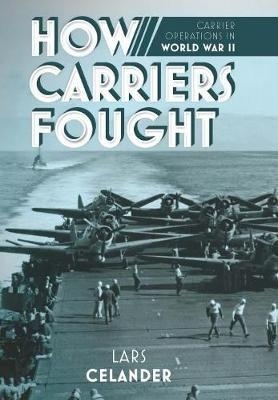 Every aspect of carrier operations is covered; from the technology used on the carriers and in aircraft including for navigation and communication, to what life was really like in the cockpit for the pilots. A world of tactical dehydration, amphetamine pills, and illegal smoking is explored, as well as the measures pilots implemented to reduce their risk of death in the event of being hit.

The major carrier battles of the war are considered, from Coral Sea to Leyte Gulf, with a focus on how the tools of carrier operations were employed. At the battle of Midway the debate of concentration vs. dispersion became relevant, as the Japanese decided to divide their forces while the Americans concentrated theirs. How Carriers Fought questions these tactics, exploring which worked best in theory and in practice.

The book concludes with a discussion of how carrier operations changed during the course of the war, as better technology and a better understanding of this new type of warfare allowed for quick advances in how operations were carried out.