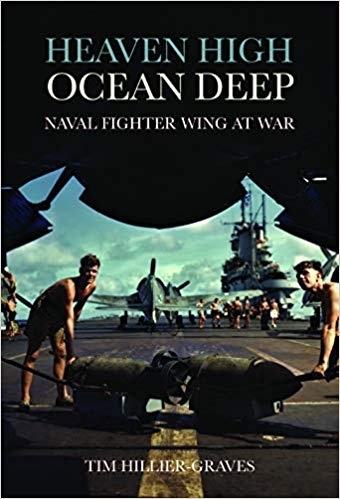 In 1944, with the invasion of Europe underway and Battles in the Atlantic and Mediterranean all but won, the Royal Navy`s strength could be focussed on the Far East and the Pacific where the Japanese were still a long way from defeat. Since the Battle of Midway, in June 1942, the United States had been slowly forcing the Japanese back, but it was a long, bloody process. The Allies needed to combine their forces more effectively if they were to bring the war to an end quickly. In response the Royal Navy massed its ships to add weight to the US Navy. With an attack force of four fleet carriers, and two more on the way, the RN`s role would be significant, but would take time to work up to the state of preparedness of their American cousins. And so a fleet was born for use in the Indian Ocean and, later, the Pacific. From April 1944 to August 1945 they would successfully fight many long, intensive battles. In this time each carrier would contribute greatly to victory, none more so than HMS Indomitable with her 5th Fighter Wing. They would be in thick of the fighting, achieve success and live perilously for a prolonged period, losing many men along the way. It was a war of attrition, which allowed little room for compassion or benevolence. The story told in this book is about the exceptional group of young men, from Britain, Canada, New Zealand, Holland and South Africa who joined the Fleet Air Arm as pilots. With their American-built Hellcats they were in the thick of the action, providing a hard, professional core to this fighting fleet that few would equal. Although its operational history is second to none, this was only achieved by the sacrifice and endurance of the men who flew many dangerous missions and daily lived with the spectre of a searing death. And so the book is about them, with war providing a back drop that broods and eviscerates in turn. How did these men come to be fighting as pilots with the Fleet Air Arm, how were they trained, how did they live, how did they prepare themselves to kill or be killed, what sustained them and what did they feel about their extremely dangerous experiences? Luckily some survived to record their thoughts and others left poignant memories for the curious to follow and explore. And here the author was lucky to meet or correspond with nearly all the survivors and be privileged to hear their stories. He follows the young pilots lives from selection, through training to operations. The 5th Wing went to sea in 1944 and were in continuous action, in the Indian and Pacific Oceans, from then until the last days of the war. They participated in strikes on Sumatra with the aim of destroying its highly important oil refineries, then they joined in the battles for Leyte and Okinawa, before moving with the British Fleet to begin the invasion Japan itself.