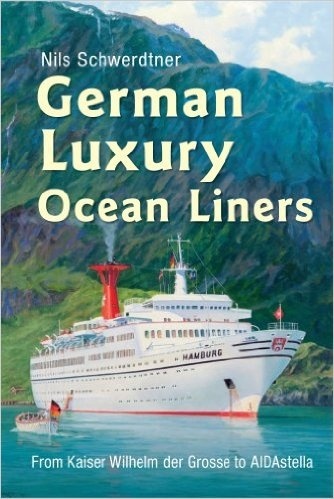 From the 1890s, the German shipping lines had begun to build the fastest and most luxurious liners. It had started when Kaiser Wilhelm had visited Spithead and been transported on White Star Line's Teutonic and had mentioned that Germany must have ships like this. The first four stacker, the Kaiser Wilhelm der Grosse, had been named in his honour and the ships that followed were faster and more magnificent than the last. Introducing the Ritz Carlton restaurants aboard ship as well as other luxuries, the German ships were soon winning the Blue Riband from the British shipping lines. Each year a new German triumph would emerge from the shipyards in Bremerhaven or Hamburg and it took almost a decade for White Star and Cunard to catch up. Even as Titanic was sinking, Germany was building a huge ship a full 12,000 tons larger. It was to launch the following week. World War One stifled the German merchant marine and post war many ships were taken by the Allies as war reparation. The 1930s saw the triumph of the Bremen and Europa and the post war years the decline of the world's passenger liner fleet. Germany was not exempt but a new breed of cruise ships, many built by Meyer Werft, soon saw the German cruise industry established. Nils Schwerdtner looks at the growth of the German passenger fleet, the important Hamburg Amerika and North German Lloyd lines, as well as the growth of modern day cruising in this definitive book.