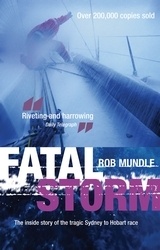 
Telling this story of challenge and survival, Rob Mundle details the history of the race, the excitement of the start and the thrill of competition. It contains extensive interviews with officials, crews, survivors and rescue service personnel, and relates like no other the calamity and tragedy of this classic offshore disaster.