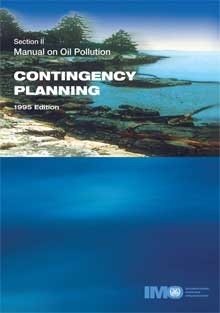 The 1995 edition of Section II supersedes the 1988 edition. It provides guidance to governments, particularly those of developing countries, on ways and means of establishing a response organization and preparing contingency plans.

The new edition takes into account the International Convention on Oil Pollution Preparedness, Response and Co-operation (OPRC), 1990, and other new developments in oil pollution emergency preparedness and response. Chapter 1, which deals with response, introduces the new organizational concept of a tiered response, according to the severity of the spill. Subsequent chapters mirror the escalation of activity, beginning with guidance on local contingency plans (chapter 2) and continuing with national response (chapter 3) and international agreements designed to cover operational aspects of the rare, catastrophic spill (chapter 4). Finally, chapter 5 provides specific guidance on intervention and cost recovery from spills arising from shipping accidents.