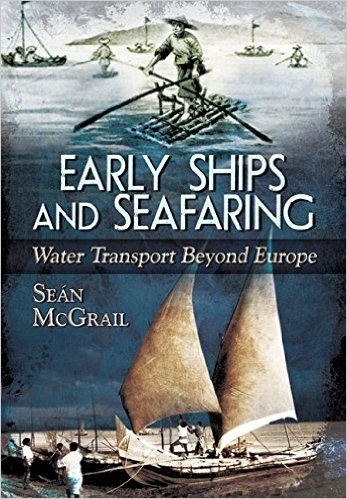 In this book, Professor McGrail's study of European Water Transport (published in 2014) is extended to Egypt, Arabia, India, Southeast Asia, China, Australia, Oceania and the Americas. Each chapter presents a picture of ancient boat building and seafaring that is as accurate and as comprehensive as it is now possible to achieve. The early rafts and boats of those regions were, as in Europe, hand-built from natural materials and were propelled and steered by human muscle or wind power. This volume ranges in time from the Prehistoric period to today when a number of such traditional craft continue to be built.

In Egypt, not only have accounts, models and illustrations of ancient rafts and boats survived, but also a number of early vessels have been excavated some dated as early as the 3rd Millennium BC. In regions such as the Americas, on the other hand, where few ancient craft have been excavated, we are able to draw on accounts and illustrations compiled, from the 16th century AD onwards, by European seamen and explorers. In most regions of the world a variety of water transport has been built, limited only by the raw materials available. On the island of Tasmania, however, an early rise in sea levels cut contacts with Australia, leaving Tasmanians with simple types of Stone Age water transport that survived in use until Europeans discovered' them.