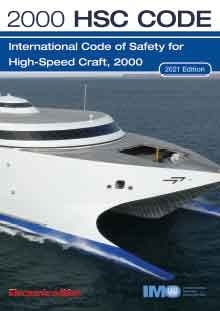 The Maritime Safety Committee adopted, in December 2000 by resolution
MSC.97(73), the *International Code of Safety for High-Speed Craft, 2000
* (2000 HSC Code), which was made mandatory under chapter X (Safety
measures for high-speed craft) of the 1974 SOLAS Convention and applies
to high-speed craft engaged on international voyages the keels of which
are laid or which were at a similar stage of construction on or after 1
July 2002.