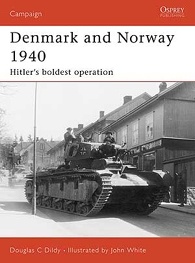 On 9 April 1940, German forces invaded Denmark, and then Norway, in an attempt to guarantee security of Scandinavia's vital mineral resources for their war industry. This assault, Operation Weserübung, represented the first joint air-land-and-sea campaign in the history of warfare, and was the only such campaign planned by the Wehrmacht high command, including all three services of the Wehrmacht. This book describes the events of this tumultuous campaign that not only led to Winston Churchill's appointment as British Prime Minister, but also saw the crippling of the German Kriegsmarine as a fighting force.