Crusoe, Castaways and Shipwrecks in the Perilous Age of Sail 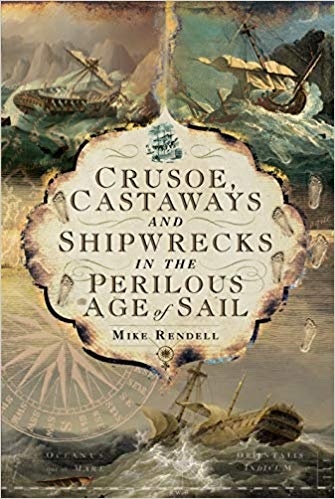 Crusoe, Castaways and Shipwrecks in the Perilous Age of Sail

To mark the 300th anniversary of the publication of Robinson Crusoe, this book looks at some of the stories which inspired Daniel Defoe  stories of bravery, courage, determination and good fortune. It looks at Defoes life and the monumental success of his novel  sometimes described as being the first in the English language. It also considers some of the reasons why people found themselves cast away  as a result of being wrecked, by being abandoned as a punishment, marooned by pirates  or even out of deliberate choice. Major hurricanes in the 18th Century causing huge damage to shipping and loss of life are also looked at, along with catastrophes when ships were lost, not as a result of battles, but because of human negligence, sheer stupidity and bad luck.

The book looks at the astonishing tales of survival in the face of adversity  down in the Falklands, in the Caribbean and off the coast of Australia. It examines perhaps the most astonishing story of them all  sixty slaves abandoned on a desolate treeless island in the Indian Ocean and left there for fifteen years. Amazingly, some survived against all odds. It looks at how being cast away brings out the best in some  and in others the very worst, with stories of murder, rape and betrayal.