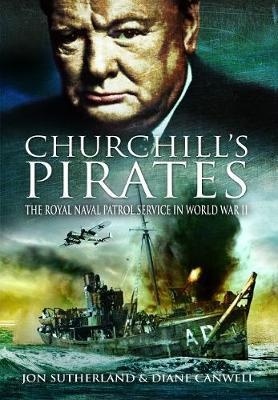 Churchill's Pirates : The Royal Naval Patrol Service in World War II
Paperback English
By (author) Jonathan Sutherland , By (author) Diane Canwell
Compartir
The Royal Naval Patrol Service, or Harry Tates Navy as it was commonly known, was a unique service with its own rules and regulations. The officers and seamen were mainly ex-fishermen who had manned trawlers in Icelandic waters. The service was armed mostly with obsolete weaponry and suffered heavy casualties in the early stages of the war. The service was not confined to the seas around Britain and their small trawlers, drifters, paddle steamers, yachts and tugs saw service as far away as the Mediterranean and Newfoundland coast. Their main tasks included convoy escort duties, mine sweeping and anti-submarine work. Many awards for bravery were won including a VC. This book looks at the Service personnel, the boats, equipment and includes many first-hand accounts from crew. Lengthy Appendices include vessels names, numbers and fat