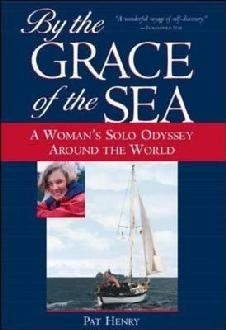 Teen mother, architect, professor, businesswomanPat Henry knew a thing or two about survival. But when her once-successful business went bankrupt, she lost the will to begin again. Instead, she set sail with no money aboard her 31-foot Southern Cross on a journey through eight years, forty countries, and thirty thousand miles that would ultimately make her one of the first womenand the oldestto sail around the world alone. Ahead lay new beginnings on exotic shores. But at sea, in a solitary circle of gales, slow miles, and overarching sky, she found by hesitant degrees a precious giftthe distance from which to reach peace with the choices and abandonments of a tumultuous life. Searingly honest, By the Grace of the Sea is for travelers, daughters, mothers, and seekers.