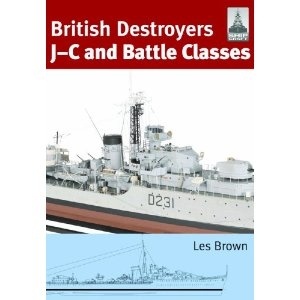 The 'ShipCraft' series provides in-depth information about building and modifying model kits of famous warship types. Lavishly illustrated, each book takes the modeller through a brief history of the subject class, then moves to an extensive photographic survey of either a high-quality model or a surviving example of the ship. Hints on building the model, and on modifying and improving the basic kit, are followed by a section on paint schemes and camouflage, featuring numerous colour profiles and highly-detailed line drawings. The strengths and weaknesses of available kits of the ships are reviewed, and the book concludes with a section on research references - books, monographs, large-scale plans and relevant websites. A follow-up to ShipCraft 11 on inter-war destroyers, this new volume deals with the later classes which were the most modern British destroyers of the Second World War. Marked by a common single-funnelled silhoutte, they were actually very varied, ranging from the large and powerful J to N flotillas, via the austere 'War Emergency' classes that were built in large numbers, to the radically different 'Battle' class, designed with a powerful AA armament for service in the Pacific.