Battleships. The war at sea 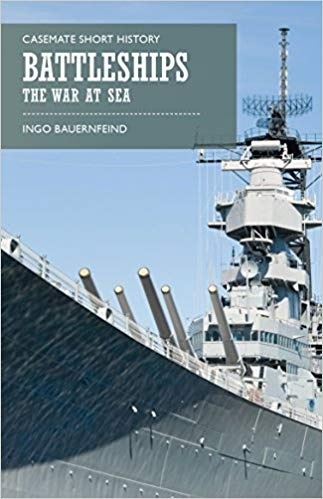 Battleships. The war at sea

Battleships conjure a golden age of naval history, when these floating powerhouses ruled the waves, carrying the military might of their respective countries around the globe. The battleship was the ultimate embodiment of naval power during the latter stages of the British Empire, with the Royal Navy the first to build the dreadnought battleship in 1906. The new design, with a uniform main battery and steam turbines making it faster and more accurate than ever before, sparked a naval race with the German navy which culminated in the Battle of Jutland in 1916, the only fleet-to-fleet naval battle during the First World War. With major losses on both sides, and several treaties during the inter-war years banning the construction of new battleships, a new generation emerged only in the Second World War, with Japan secretly creating Yamato and Musashi, two of the most powerful battleships ever built. World War Two saw the zenith of the battleship, with many pivotal battles such as the battle of Denmark Strait during which the iconic battleships HMS Hood was sunk, the second battle of Guadacanal and the battle of Leyte Gulf to name but a few. The Germans, the Japanese, the Royal Navy and the US Navy were locked in a titanic struggle across vast distances, in which battleships for a time played a decisive role, until the development of new aircraft carriers and growing use of torpedoes began to make them obsolete. Since the 1990's, no battleship has seen active service. This accessible short history gives an expert overview of the history of the battleship, looking at its origins, the role played by battleships in both World Wars, famous ships and their stories, as well as the weaponry and technology they employed.